Spiral Knights is a recently released MMO that takes players on an adventure to explore the mysterious “Clockworks” and collect some treasure while you’re at it. Spiral Knights combine three genres of games which make it an MMO-hack and slash-dungeon explorer-RPG. Isn’t that a mouthful?

It has RPG elements where you can level up certain weapons and armor to make them of greater use to you. The game’s combat system is basically using your weapon repeatedly to defeat the enemies that you may encounter. Spiral Knights is a Free to play the game but like all free to play games, you will need to spend a little money to get the most out of this game. If you have already cleared Spiral Knights then it is time for you to try good minecraft seeds that are equally entertaining and intense. You are going to love this game if you are a fan of Spiral Knights. If you are just starting with Spiral Knights then you can read the rest of the article for more details on this game.

When first starting out, you find yourself to have crash-landed in some sort of pod and you need to find your way back to the rescue camp. This is basically the tutorial. The controls are pretty straightforward but for some reason, you aren’t shown how to use your shield in the tutorial (X key). I prefer using WASD controls but if you can just use your mouse for movement and attacking. The controls can be changed whenever by going to the options menu and adjusting controls to your liking.

After going through the tutorial, you’ll end up in the rescue camp where you can chat with fellow knights like yourself. other than that there isn’t much to do at the rescue camp. Finally, you will descend to your first dungeon and this will give you a taste of what to expect later on in the game. After all the introductory levels, you will finally be in Haven(not to be confused with New Haven or Old Haven from Borderlands) the main location on spiral knights where you will be able to kick back and relax. In Haven, There are several things to do. You can practice your skills in the Advanced Training Hall or you can go to the Bazaar and shop for new weaponry such as a new sword or handgun as well as new armor.

Up north from Haven is the Arcade, which is not like any other arcade. This is where knights go to explore the clockworks as well as find some loot. There are several gates in the arcade with different floor categories such as a floor with Fiend type monsters or Fire monsters. There are new gates being released every couple of days so there is plenty to explore.

Like all free to play games, there is always money involved in some way. In Spiral Knights, Money isn’t required, but it will definitely help. In Spiral Knights there are 3 types of currency; Crowns, Mist energy, and Crystal energy. Crowns are the basic currency in Spiral Knights and they are used to buy items from vendors. Mist energy is the energy that you can use to go down dungeons but you only get 100 mist energy per 24 hour period. Crystal energy is the same as mist energy but it is permanent and you can bulk up on it so that you have an extra reserve on energy when your mist energy runs out but crystal energy costs money. If you don’t want to spend money, then you can just trade in crowns for crystal energy but the price of crowns varies. It seems that the price is increasing per 100 crystal energy so in the end, buying energy isn’t too bad. for $2.50 you can buy 750 energy which isn’t a bad deal at all. I mean do you really need those chips anyway? 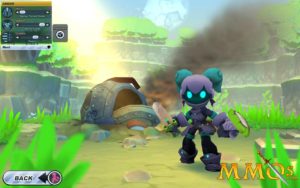 Too Many Items Mod

Another cool mod that I have for you guys today is just a simple mod, which you will use a lot for your entire life in the game as long as you use the Minecraft account generator. Sometimes, you might find the game can become slightly boring, but surely the game itself is incredibly fun […]

There have been video games that have been released in 2011…so far. Some were very good games and others…not so much. To help you decide which games are worth getting, I created a list of all my favorite video games from this year. Duke Nukem Forever Duke Nukem is back fighting aliens and trying to […]

All About Pokémon Go And Recovering Accounts

Games are the best source of recreation. They do not just help with making good use of time but also bring with them things to learn and understand. With the faint memory we call carry along with ourselves, these games, especially linked with a childhood memory of cartoons and shows, strongly come alive. Pokémon Go […]

The Real Score Behind Penpals Dating

How to Use Hashtags in Instagram for Increasing Your Likes? – Some Major Ways

Online Dating Tips To Find Love Online For Over-50 Crowd